During the 2022 North American Gas Forum, we polled our attendees on expectations in 2023 and varying pressures ahead. Check out the results below:

On October 24-25, 2022, executives from across the natural gas value chain descended on DC for our annual NAGF conference. Despite the pressures and concerns regarding the economy and activities overseas, the overall sentiments were positive and forward thinking. We polled attendees for their views on some of the many pressures facing the industry in 2023. A few key trends emerged, including:

To learn more about the North American Gas Forum, we invite you to visit our website. More content and perspectives from gas leaders and policymakers’ who attended the 2022 conference can be found on the Energy Dialogues Collaborative – become a member FREE today! 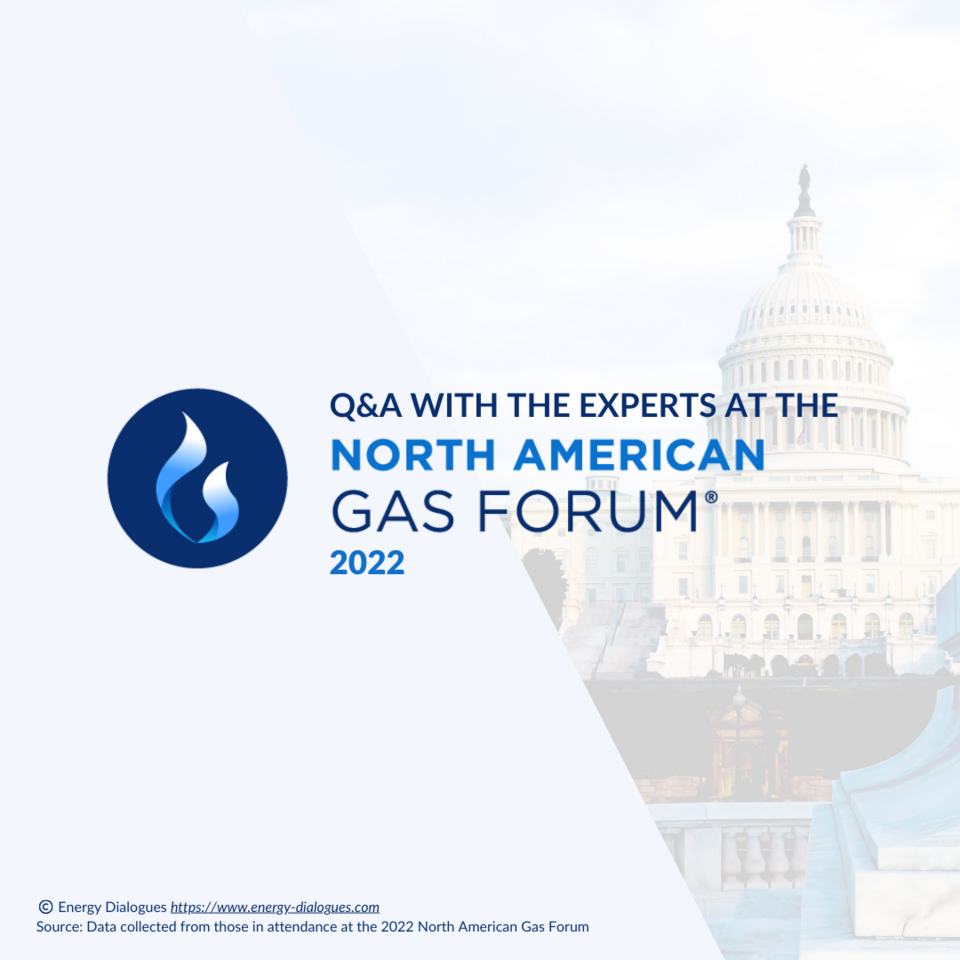